A documentary portrait of Israeli human rights lawyer, Leah Tsemel. Lea defends Palestinians: from feminists to fundamentalists, from non-violent demonstrators to armed militants. As a Jewish-Israeli lawyer who has represented political prisoners for nearly 50 years, Tsemel, in her tireless quest for justice, pushes the praxis of a human rights defender to its limits. 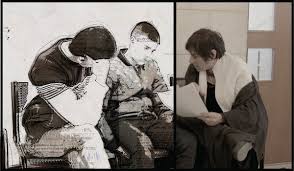 We were proud to have Daphna Baram for a Q & A and discussion after the film.  Daphna is the Director of the Israeli Committee Against House Demolitions  – UK. She worked as a human rights lawyer, representing Palestinians in military courts during the first Palestinian Intifada, and as a journalist and editor for Kol Ha’ir, a Jerusalem based weekly by Ha’aretz Group and continues to write for other international news platforms.

Daphna initiated, curates and presents Laughing For Palestine, a roving comedy fundraising shows and will also appear as the MC at the LPFF Laughing for Palestine stand up comedy night on 17 November.