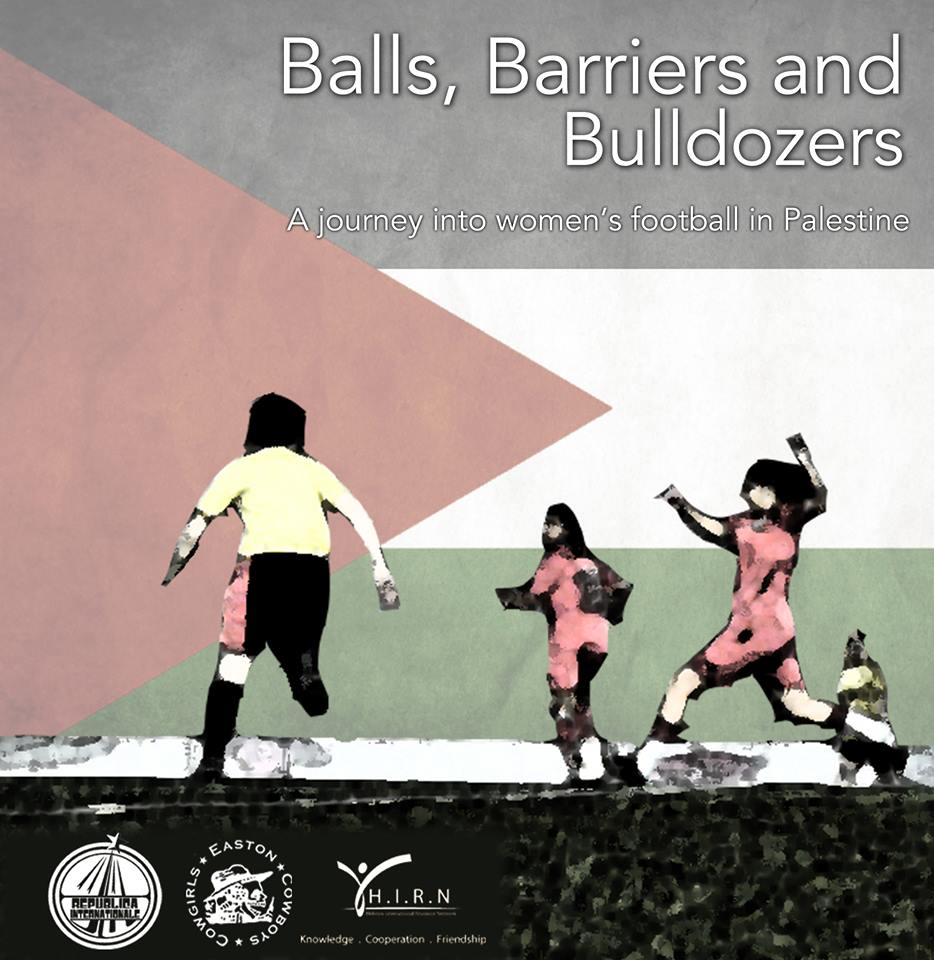 This documentary film is about a women’s football tour to the West Bank. It’s about football, and so much more. The tour aimed to build solidarity with the women footballers of Palestine and for the UK teams (including Leeds based Republica women’s team) to learn about life under occupation. Changed by the people they met and being witnesses to the daily realities of life under occupation, they vowed to share their story on their return. We showed this film the previous year and as we loved it so much we showed it again! Thanks to Claire and Cathy from the Republica women’s team) and Harry from Bristol, who joined them for their great Q & A session after the film.