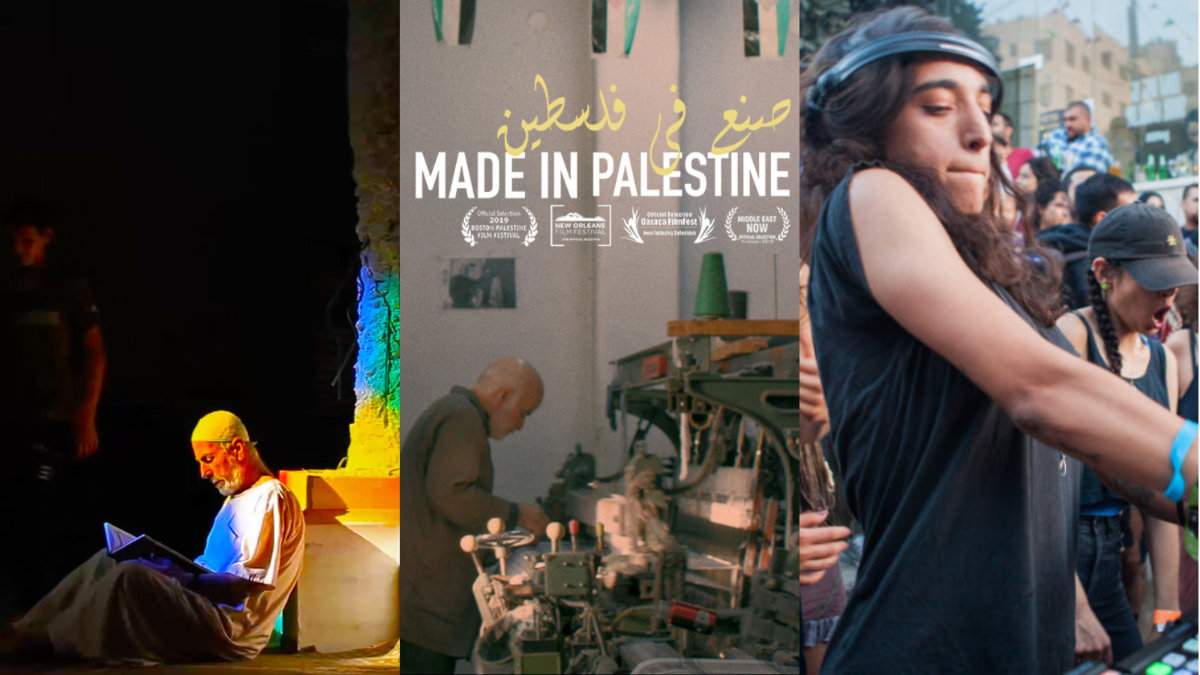 Explore the flourishing underground music scene in Occupied Palestinian Territory, the West Bank. These Palestinian artists are blossoming in their creativity despite enforced constraints from the Israeli government, restrictions on their movements and a midnight curfew. May seriously challenge your preconceptions!

Director: Mariam Dwedar
Release year: 2019
Length: 8 mins
Available: Worldwide
Arabic with English Subtitles
The Keffiyeh is an ancient and practical Arabic headdress which, over recent decades, has come to symbolise the Palestinian struggle for self-determination. Hirbawi Textiles is the last remaining factory in the West Bank that produces the Keffiyeh due to global competition from cheaper imports. The documentary looks at the maker who is 75 years old. Through the story of the history of the last remaining factory we discover the history and significance of the different types of Keffiyeh and how the colour is an emblem of the particular political faction to which you belong.

Director: Areeb Zuaiter
Release year: 2019
Length: 30 mins
Available: Worldwide
Colors of Resistance is a personal journey that questions the concept of belonging to a place that is struggling to survive, inside and outside its own borders. A painter, a comedian, a poet, a hip-hop artist and a soul singer have figured out ways to solidify their belonging to Palestine – the very place that is being deprived of its own right to exist. Regardless of their generation, gender or profession, these artists have used their various voices to challenge the annihilation of their identity.
Best Documentary Short at independent film awards in London, 2019 and Chile, 2020
Director:
Release year:
Length: