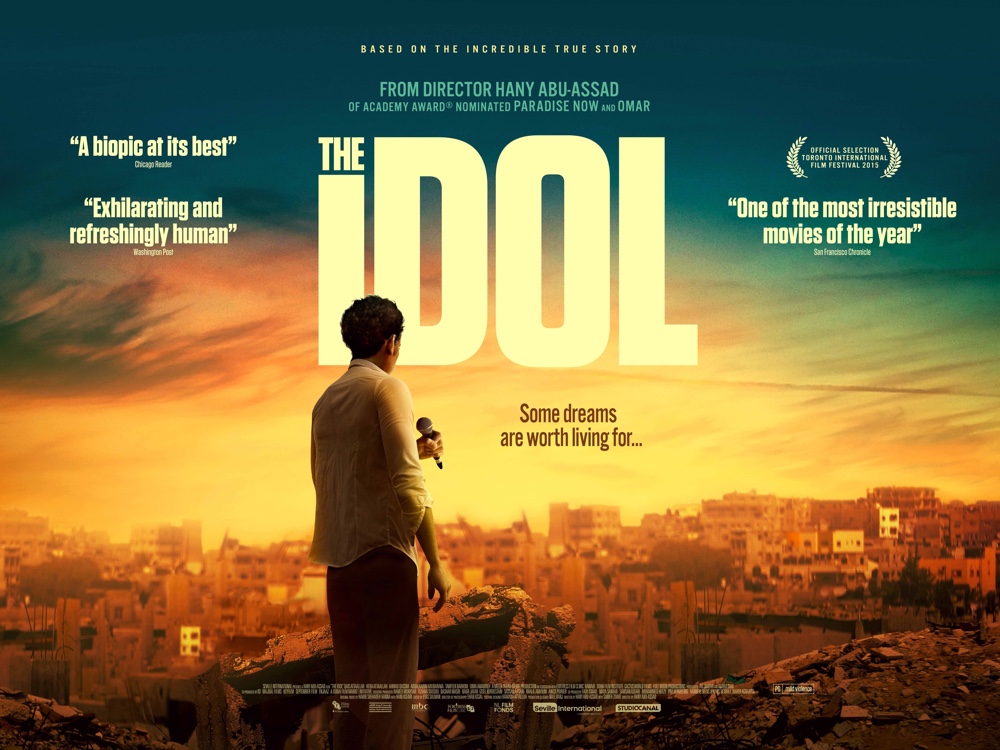 Epicly Palestine’d is the story of how a small group of teenagers created a skate scene from scratch in a place where you can’t even buy a skateboard, whilst facing the challenges of living under military occupation. When British skaters Theo Krish and Phil Joa arrived in Palestine, they had no idea how vibrant the West Bank skate scene would be. They never set out to make a film, but meeting local skaters and hearing their stories had such an effect on the pair that it convinced them to turn the interviews and skate footage they shot into a documentary. Even if skateboarding isn’t your thing, you will love this film.

Thanks to Theo, one of the filmmakers, for a really insightful Question and Answer session after the film.

Acclaimed Palestinian filmmaker Hany Abu-Assad’s (Paradise Now, Omar) latest film, The Idol is a moving, defiantly uplifting biopic of Muhammad Assaf, the Gazan wedding singer who became a worldwide TV sensation in 2013. Growing up in battle-scarred Gaza, Muhammad dreams of musical stardom. In his twenties – now struck by tragedy, and desperate to transcend the troubled place of his birth – he enters Arab Idol, hoping against all odds to win.