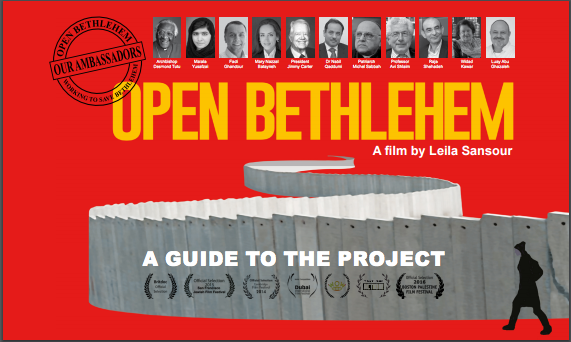 When film-maker Leila Sansour returned to Bethlehem in 2005,  she planned to make a documentary about the Palestinian city she couldn’t wait to leave as a teenager.  However, her cousin Carol convinces her to stay and build upon the legacy of her father, who founded the local university in 1973.  Realising that the “Separation” wall erected by the Israelis is isolating a once-thriving destination for pilgrims and tourists, Leila and Carol devise a campaign to encourage visitors to return to the birthplace of Jesus Christ and apply for passports giving them honorary citizenship.  Distilled from 700 hours of footage shot over several years and with rare archive material, this may be slick cine-advocacy, but it is also undeniably potent and poignant.