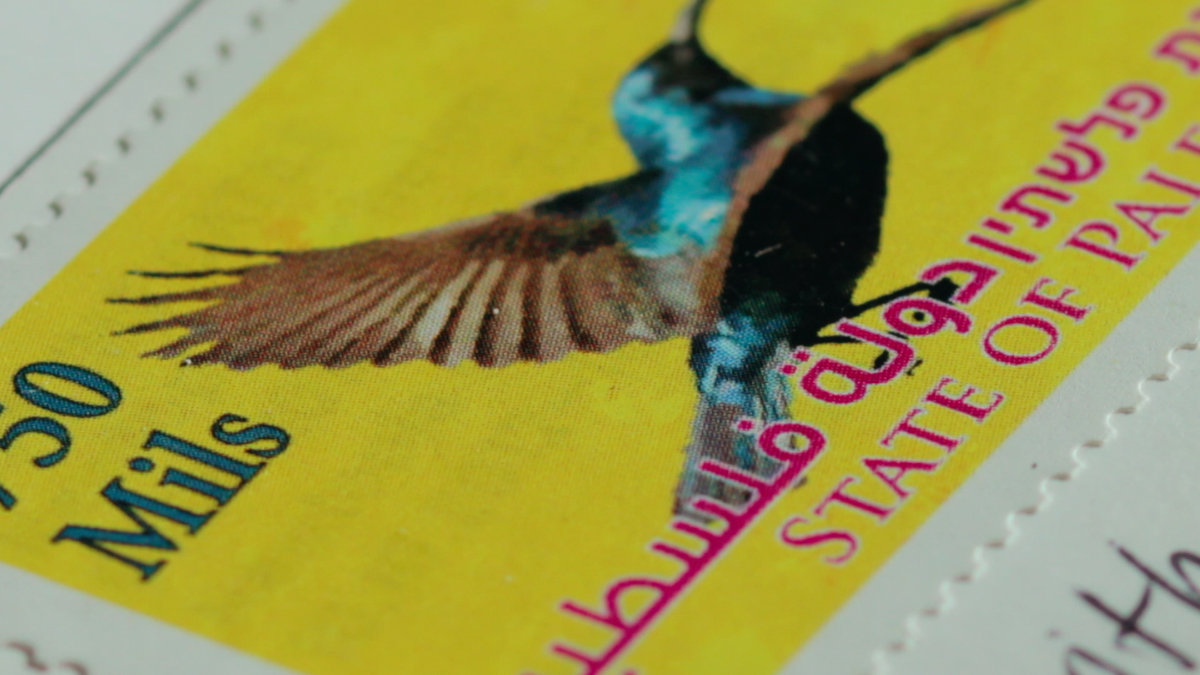 Director: Ayed Nabaa
Release year:
Length: 46 mins
A tender documentary about a creative act of dissent, a story of hope and peaceful resistance. Khaled Jarrar, a Palestinian artist, designs a visa and postage stamp featuring ‘State of Palestine’ and the Sunbird - a symbol of freedom. While there is no offical Palestinian post or visa, he succeeds in having the postage stamp officially used in several European countries. He also stamped hundreds of tourists' passports as an artistic project. This act of artistic dissent has also been conducted by other Arab and international artists to urge recognition of a State of Palestine, even if it doesn’t appear on the world map.

Ayed Nabaa is a Jordanian-Palestinian-French filmmaker currently based in France. He has mainly worked as a freelancer, writing and directing documentaries focusing on Arab culture, daily life and politics.

With thanks to Al Jazeera Documentary