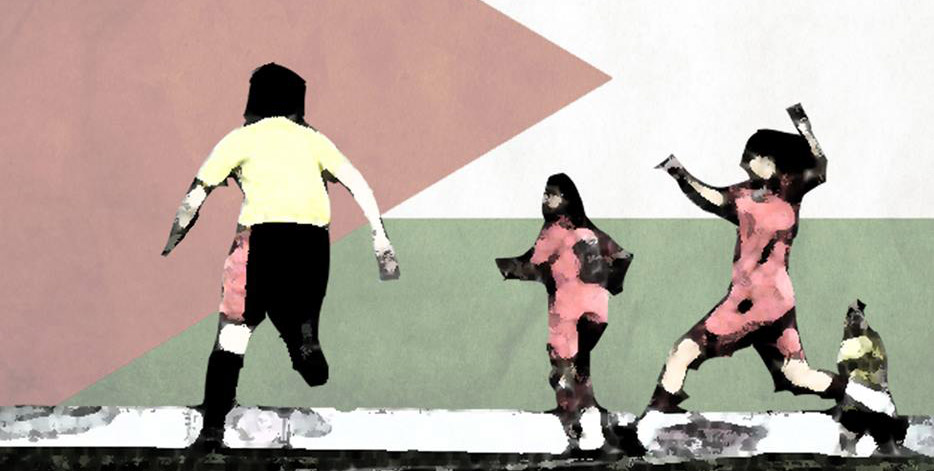 Behind The Headlines – a successful mix of online and in-venue screenings. Sadly we can no longer show our programme of films, but you can still find out more about our 2021 programme.

To celebrate International Women’s Day we showed the fascinating film ‘The New Women of Gaza’ by Mariam Shahin followed by an insightful Q & A with two Gazan students studying in Leeds.

There was such a good response to this film from the 2019 Film Festival screening at Seven Arts that we decided to show it twice.

This was our fifth festival. Our first film shown in collaboration with Leeds International Film Festival ‘It Must Be Heaven’ was opened this year by local councillor Al Garthwaite.   We were delighted to work with three new partners this year; Beckett for Palestine, Leeds Pax Christi and Leeds Justice and Peace Commission

We warmed up for our 2019 Film Festival with a hilarious ICAHD fundraiser comedy night.

We showed three contemporary short films by Palestinian directors on Monday 23 September at the Belgrave Music Hall and Canteen.

This was our fourth festival. Our first film shown in collaboration with Leeds International Film Festival ‘The Reports on Sarah and Salem’ was opened this year by the former Leeds MP, Michael Meadowcroft.  We showed two great dramas and fascinated documentaries this year and started to work in collaboration with two other film societies.

Scalarama Screening of ‘The Wanted 18’

We were pleased to be part of the amazing 2018 Scalarama Programme when we had a Film and Food afternoon on Sunday 30 September at Woodhouse Community Centre.

We were proud to be a part of an inspirational series of events, organised by Northern Women for Palestine, for International Women’s Day which took place between 3-10 March.

More information from Northern Women for Palestine is available here.

This was our third festival. Our first film shown in collaboration with Leeds International Film Festival ‘Gaza Surf Club’ was opened this year by Leeds Lord Mayor, Councillor Jane Dowson.  We showed mainly documentaries this year, with several speakers including filmmakers of three of the films shown.

This was our second festival, with a wider array of impressive films covering many aspects of Palestinian society and history, ranging from skateboarding in the West Bank to a hard hitting documentary following an ambulance crew during the 2014 attack on Gaza. We had a great Film and Food night and a couple of fascinating Question and Answer sessions with some of the film producers.

The first Leeds Palestinian Film Festival was our first collection of films from and about Palestine and the Palestinian diaspora, ranging from documentaries to dramas to our favourite of the year, the Claymation “The Wanted 18”. We were pleased to have had Richard Burgon (MP for East Leeds and Shadow Cabinet Member) opening the festival on 15 November, given his long time interest and commitment to Palestine.